Busy times. Just a week after I returned from my adventurous journey to FUDCon Lawrence, I had to get ready for FOSDEM 2013. The night before leaving for Brussels, I found out that no one was bringing equipment for the booth and swag. So I stuffed my suitcase with tablecloth, stickers, buttons, and a hundred of baseball caps. Fortunately, Jarda Reznik was going to Brussels by car, so I gave him the heavy stuff – rollup banner, mugs, and DVDs. Even though our booth was decent in the end, the organization wasn’t very good this year. FOSDEM 2013 is #1 event in EMEA and we should give it more. Booth staffing didn’t work very well either. We always had some people there, but I found very unfortunate that people who didn’t get a penny from Fedora Project had to stay at the booth while some people, who got sponsored, spent there very little or no time. Next time, we have to make 100% clear that people who get sponsored go to FOSDEM to primarily help Fedora Project which pretty much means helping at the booth. 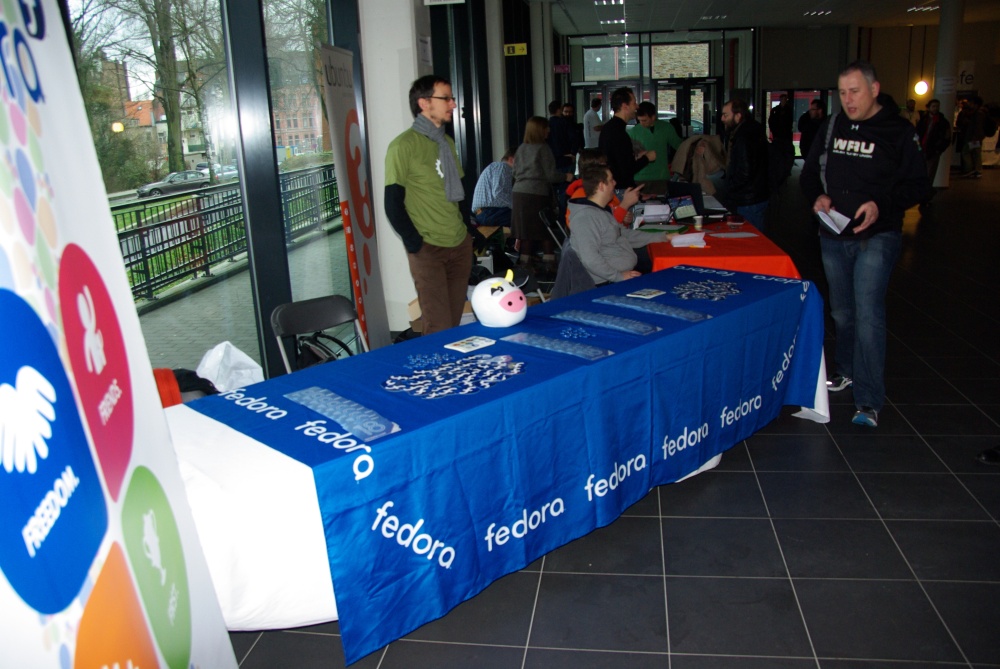 FOSDEM was crowded like always and we ran out of swag and DVDs at the beginning of the second day. Then Peter Robinson saved us and loaned us a brand-new model of OLPC with touchscreen. That was a new attraction of our booth. A lot of people came to our booth and asked if they could buy a Fedora T-shirt. It was really heart-breaking to turn them all down while all other projects were selling stuff like T-shirts, mugs, hoodies etc. I brought some Fedora mugs and baseball caps, but it was enough just for Fedora contributors I met. Inability to sell, and thus produce more expensive stuff such as T-shirts and hoodies is our big marketing disadvantage. Not only are we unable to satisfy our fans, but it also harm our marketing because people with Fedora cloths become walking advertisements.

Anyway, in spite of all those problems, my feelings from FOSDEM 2013 are generally positive. It’s a bit too crowded and large event to my taste, but where else can you meet so many people from the open source world? I was really glad I met several new Fedora contributors that I hadn’t met in person before. 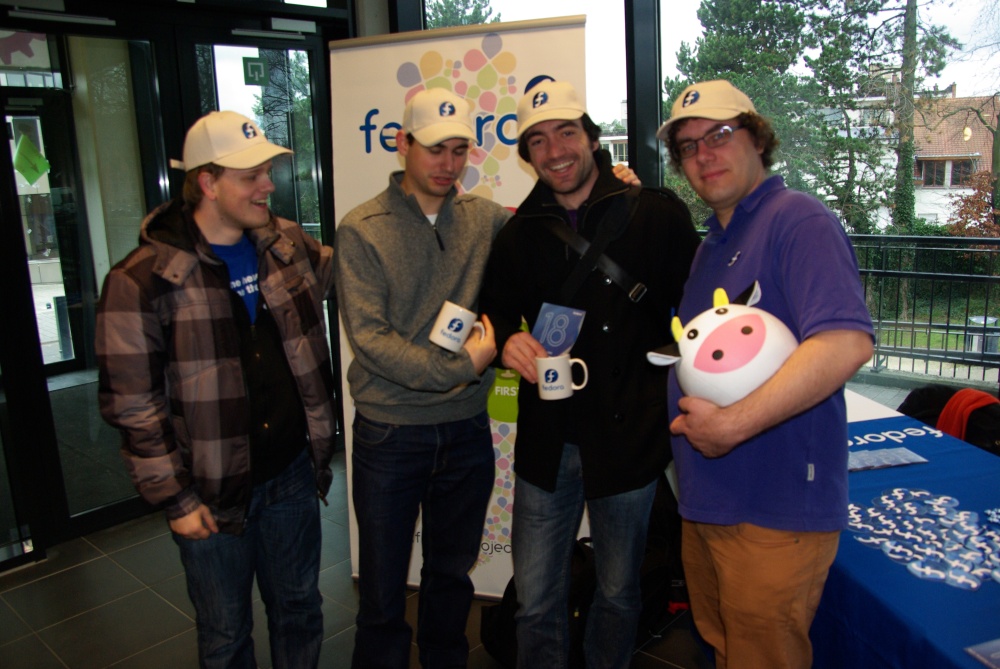 The day after I returned from Brussels, we held a Fedora 18 release party in Brno office of Red Hat which I was organizing. It was not the ideal date because there is a break between semesters at universities and students have always the biggest group of attendees. But we were still able to attract several dozen people. This time, we had talks on GNOME 3.6 (by me), How to test Fedora (by Kamil Páral), DNF (by Aleš Kozumplík), PostgreSQL 9.2 (Honza Horák). 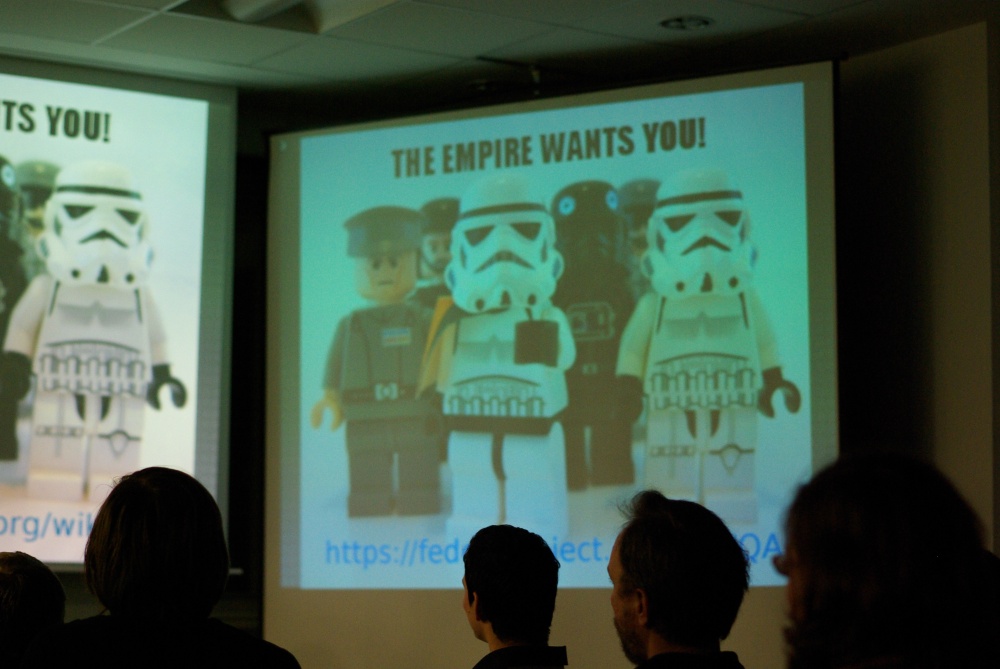 The empire of Fedora QA needs you, Kamil Páral says.

Another event is just in two months – Developer Conference 2013 which now takes most of my time because I’m one of the organizers.